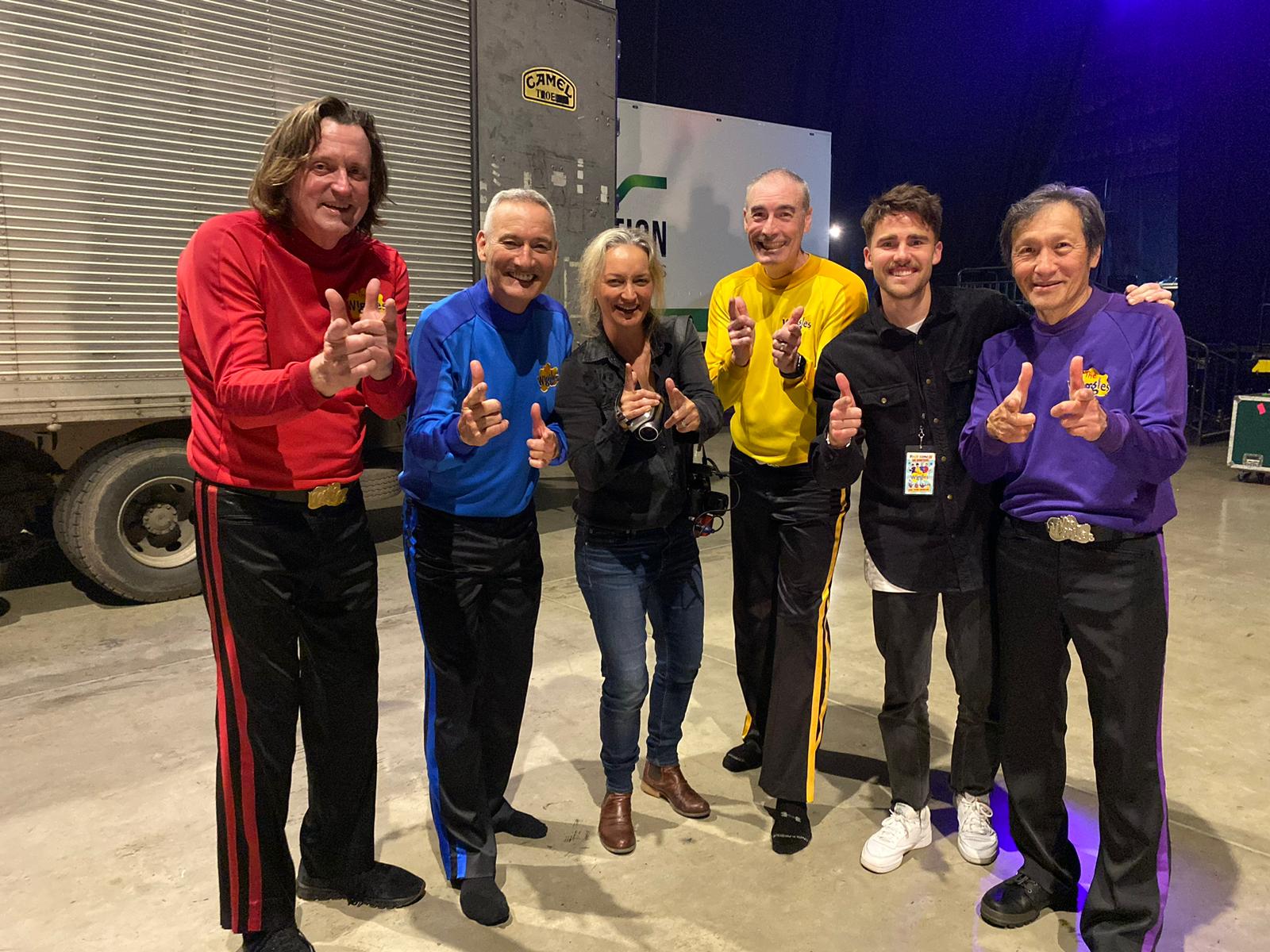 Augusto Entertainment brings the story of The Wiggles to the world with a new documentary feature film set to be released on Prime Video in 2023.

This colorful new film explores the incredible true story of the early childhood teachers and friends who rock ‘n’ roll their way into the hearts of millions around the world in one of the greatest entertainment stories of all time. all the times.

Local Kiwi entertainment production team, Augusto, directed and produced the creation of a documentary feature film about Australian entertainment icons The Wiggles, to be shown in over 240 countries and territories by 2023.

“Hot Potato: The Story of The Wiggles” traces the band’s history from the very beginning, featuring founding members Anthony, Murray, Greg and Jeff as they take on unbelievers and unbelievers before finding unprecedented fame and ongoing reinvention. .

Fraser Grut of Frog Productions pitched the original concept to Augusto Entertainment, who loved the idea and formed a relationship with The Wiggles, Anthony Field in particular.

“We pitched them the idea of ​​a documentary feature film and they were very interested in working with us,” says Daniel Story, executive producer of Augusto Entertainment. “We further developed the concept with The Wiggles team and then brought in two-time Emmy Award-nominated director Sally Aitken and esteemed producer Aline Jacques of SAM Content in Sydney. We’ve been developing the project together for the past 18 months, so it’s incredibly exciting to share the news of its launch next year.”

“Hot Potato: The Story of The Wiggles” shows the union of four friends who are passionate about music. Inspired by the colors yellow, blue, red, and purple, and engaging young children around the world in song and action, it was a novel approach to children’s entertainment in the early 1990s. Calling themselves The Wiggles after the The way small children move, four youngsters (Anthony, Murray, Greg and Jeff) and a dinosaur named Dorothy seemed like an unlikely basis for a global sensation. But together, fueled by their passion to entertain and educate kids, and after facing skeptics, unbelievers, and then unprecedented fame and reinvention, they became the world’s biggest boy band, adored by generations around the world. the world. Now synonymous with their iconic colours, The Wiggles’ mission to spread joy endures and their songs are classics, having captured the truth of childhood: a place of wonder, novelty and delight. The story is an ode to childhood and a tribute to the power of friendship and dreams. Both a celebration and exploration of more than thirty years of The Wiggles phenomenon and its resurgence into the cultural zeitgeist in 2022, the story of The Wiggles has never before been shared in a documentary feature film and the extraordinary behind-the-scenes personal footage has never before viewed.

Adds Story: “The Wiggles’ extraordinary journey is underpinned by their relentless positivity in what can seem like an increasingly dark world. Theirs is a powerful message and it is our great privilege to tell their story in a feature film format that offers a unique insight into the internationally admired group.”

Says director Sally Aitken, “It’s exciting to bring this wonderful story to life. Naturally, there is a great sense of responsibility in doing justice to the history of Australia’s most iconic and successful band and many aspects of their history have surprised and deeply moved me. I can’t wait to share this vision knowing that audiences of all ages will delight in this documentary, whether they know The Wiggles or not.”

Says Blue Wiggle, Anthony Field: “When we first formed The Wiggles over three decades ago, our goal was to educate and inspire children through music, and that continues today. Looking through the archives has brought back so many amazing and emotional memories, from our first shows for 30 kids, to touring the US and the world, playing stadiums. It has been such an incredible and evolutionary journey and we can’t wait to share our story with everyone.”

Hot Potato: The Story of The Wiggles is one of multiple international scripted and unscripted projects Augusto will announce in the coming months.