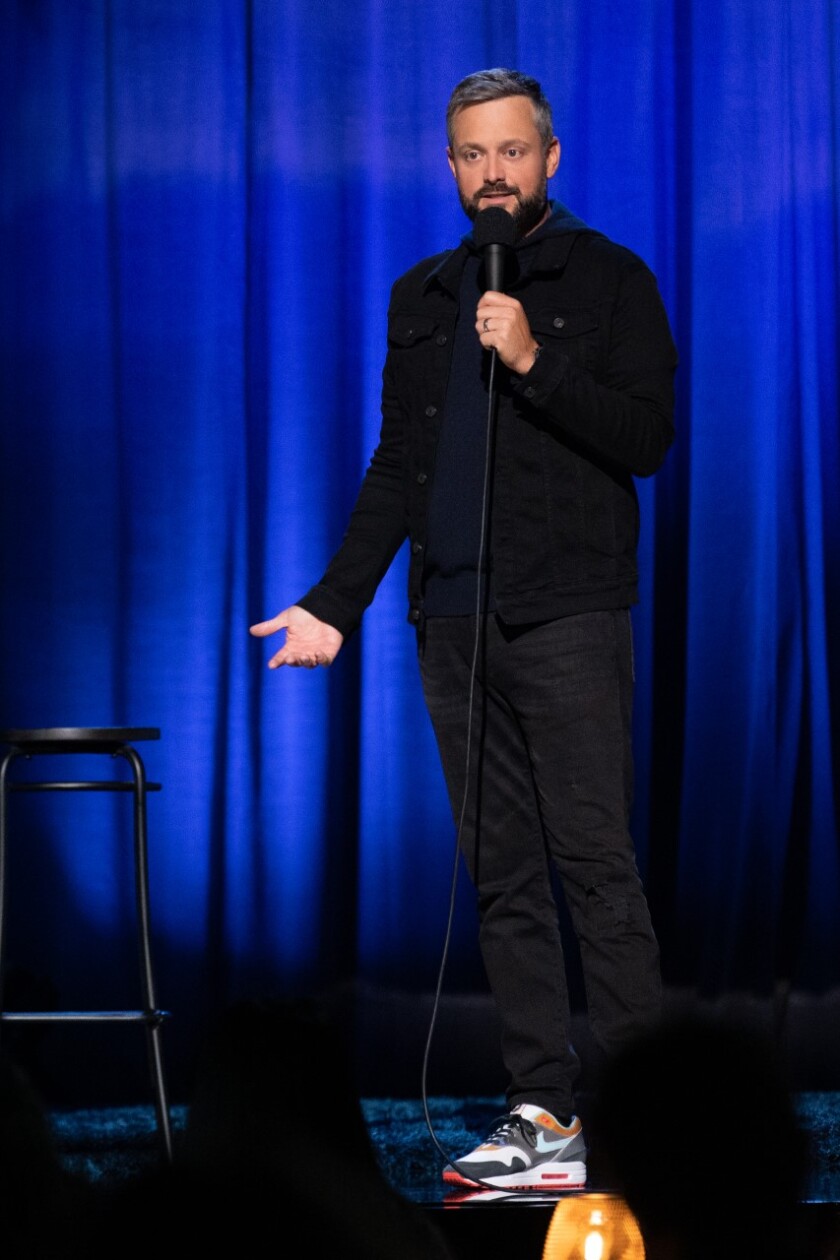 Don’t expect Nate Bargatze to pat himself on the back at Scheels Arena on Friday night, October 13, but he’s doing better than the title of his latest Netflix special, “The Greatest Average American,” suggests. The comedian made his recording debut with 2014’s “Yelled at by a Clown,” a reference to his father being a former clown, and has since worked his way up the stand-up circuit. Once he appeared on Jimmy Fallon’s Clean Cut Comedy Tour, Bargatze is amused by family stories. The laughs start at 7 pm Tickets range from $43.75 to $83.75.


Things may look bleak with the arrival of winter, but if you need a little inspiration and some uplifting vibes, check out the Soweto Gospel Choir on Thursday night, October 13 at Minnesota State University Moorhead. The Grammy-winning group brings South African music and dance to the Hansen Theater in “Hope – It’s Been a Long Time Coming.” The show kicks off with South African freedom songs followed by iconic anthems from the US Civil Rights Movement performed by the likes of Aretha Franklin, James Brown, Otis Redding, Curtis Mayfield and more. Music starts at 7:30 pm Tickets range from $10 to $30.

An arm injury may have derailed Brett Young’s dreams of making it to the big leagues, but that doesn’t stop him from making it to Nashville. Since his country debut with the 2016 hit “Sleep Without You,” Young has been busy, releasing three studio albums, including “Weekends Look a Little Different These Days.” That album delivered three singles, “Lady”, “Not Yet” and “You Didn’t”. Young will present these and more on Friday night, October 14 at Scheels Arena. Tickets range from $43 to $63.

What happens when geek culture collides with a heist movie? It may seem something like “Childish things”. Opening Friday night at the Fargo-Moorhead Community Theater, the play follows a group of friends who have bonded over “Star Wars.” When one of them hatches a plan to break into Kenner’s warehouse and make off with a stash of “Star Wars” toys, the cracks in their friendship begin to show. Will the dark side win or will the Force save their friendship? Hours are 7:30 pm on Fridays and Saturdays, October 14 and 15, and October 21 and 22. Tickets range from $13 to $25.

Whether you’re looking for a rarely released album to round out your collection, or you’re just starting out and want to pick out a few classic records to listen to, the Fargo Record Fair at Fargo Brewing Company is the place to be on Saturday. October 15th. From 11 am to 5 pm, about three dozen vendors will set up tables of albums, from punk to polka, from classic rock to country, from Motorhead to Motown. Take your a to browse the stacks of wax and compare notes with other collectors. Then kick back with a Fargo Brew and food from the new Nova Eatery. The show is open to all ages.

The Fargo Theater’s annual Silent Movie Night looks and sounds a little different this year. Instead of replaying Lon Chaney’s “Phantom of the Opera” or a comic classic by Charlie Chaplin or Buster Keaton, this year will have a Finnish flavor as it is co-sponsored by the Finland Foundation National-Red River Finns Chapter and the Nordic Culture Clubs of Fargo-Moorhead. Celebrated guest organist Kent Washburn will perform at the Mighty Wurlitzer, performing a live score from the 1929 Finnish film, “Mustalaishurmaaja”, followed by a question and answer session. Alex Swanson, Dillon Swanson and Dylan Thiele will perform a pre-movie concert starting at 7:30pm on Saturday, October 15. Tickets range from $10 to $17.