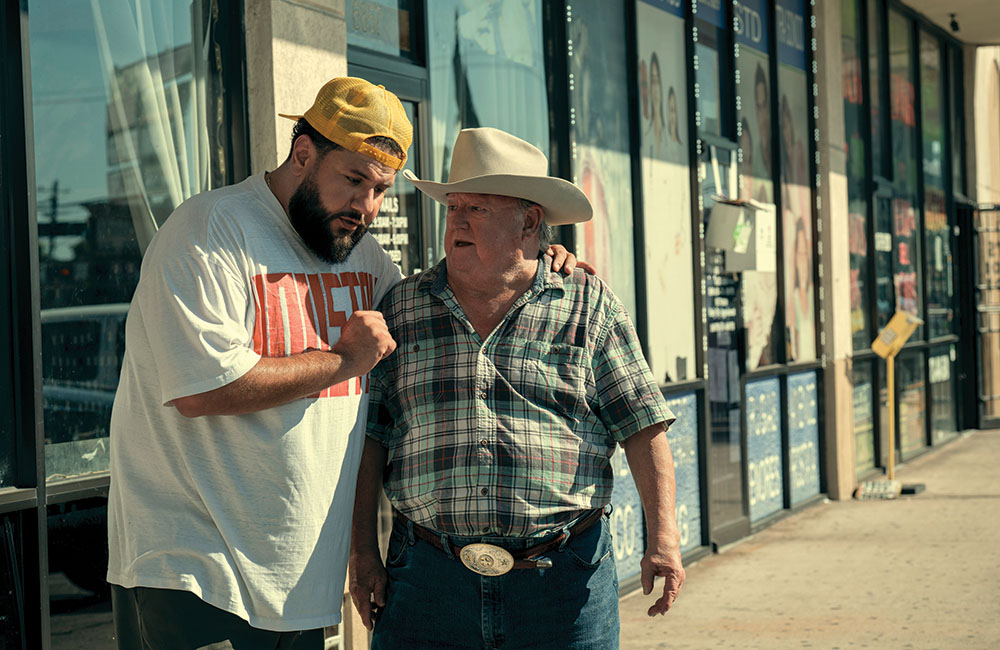 In essence, Netflix Month it is a show about faith. There is the faith that Mo Amer’s character and his family have in the American legal system that they hope will make them citizens after years of living as refugees, but there is also religious faith: Mo’s Islamic beliefs, his girlfriend’s Catholicism Mexican American and the idea (present in most faiths) that everyone, of whatever origin, can live together in harmony. But it is also a show about olive oil. There’s a lot of that in Month. The fictional version of Amer is very particular about this, and the liquid gold has a Proustian effect reminiscent of happier times growing up elsewhere, before his family had to flee their Palestinian home to Kuwait, then to the United States. after the start of the Gulf War.

So what does the real Mo Amer look for in olive oil? “I take care of the flakes. If he has olive flakes, then that’s the real deal. If it’s super light, more bright yellow than dark green, then I’m generally out. I’ll cook with those things.

The problem with faith, as many immigrants or refugees like Amer (who took a route similar to his on-screen character, born in Kuwait to Palestinian parents who moved him to Houston, Texas as a child) can tell you, is that it can set you up for a crushing disappointment. That’s where Month shines Sometimes it’s a joke during a particularly heavy moment, but it’s also subtle, like when Mo interviews for a security job at a strip club. “You won’t be our first illegal,” says the owner, adding without a hint of irony, “but you will be our first Arab. That would be a historic hire here at Dreams.” It’s funny, but it’s also sad. It may take a second to understand why, but calling a man “illegal” is only a good start.

Mo Amer (left) as the eponymous character in his semi-autobiographical Netflix comedy, Month.

Amer deals with sadness in real life and in creating her show, making people laugh. Comedy and tragedy are supposed to be the same, but putting them together can be like mixing water with olive oil. “He’s got so much,” Amer says of the series. “Trying to unpack everything and then going, ‘Wow, is this still a comedy?’ Because there are some very sad things in there, and we have to make sure it’s balanced.”

Amer describes Month as an exercise in comic catharsis. “To be so vulnerable in front of a camera, it’s scary, man.” He recalls being told by a mentor that when he performs, he should “be so honest that it’s hard to make eye contact with you.” He kept that in mind during the making of Month. “And that happened,” he says, people couldn’t look him in the eye after one scene, very much. Making that work comically isn’t easy.

“Examining emotions was probably one of the hardest things we did,” he says of outlining how the show would work. The whole experience of doing the show was emotional for Amer. When she starts talking about a scene where Mo’s mother, played by the scene-stealing Farah Bsieso, makes oil from the olives her son brought her, Amer begins to choke.

He is also proud that his team located a music track from an old Syrian TV show called ghawar. “I only saw my father cry twice: when my grandmother passed away and when he saw the scene on the show that used that song. He made a huge impact on me. I always said that when I have my own show, I’ll use that song. When I showed it to my mom, she started crying.”

This story first appeared in a separate November issue of The Hollywood Reporter magazine. To receive the magazine, click here to subscribe.