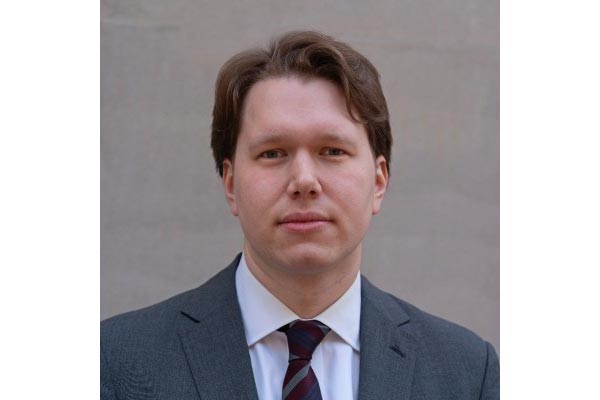 (MAHWAH, NJ) — david sacks, a fellow at the Council on Foreign Relations, will be a guest speaker at Ramapo College in New Jersey. The talk, followed by a question and answer period, will take place on Tuesday, October 18 at 7:00 pm in the Trustees Pavilion on the Mahwah campus.

Mr. Sacks’ work focuses on US-China relations, US-Taiwan relations, Chinese foreign policy, cross-strait relations, and the political thought of Hans Morgenthau. Before joining CFR, he worked on military political affairs at the American Institute in Taiwan (AIT), which manages the full breadth of the US relationship with Taiwan in the absence of diplomatic ties. Sacks was also a fellow at Princeton in Asia in Hangzhou, China. He received his master’s degree in International Relations and International Economics, with honors, from the Johns Hopkins School of Advanced International Studies (SAIS). At SAIS, he received the A. Doak Barnett Award, given annually to the most distinguished graduate in China Studies. Mr. Sacks received his BA in Political Science, Magna Cum Laudefrom Carleton University.

Sacks has written numerous articles on External relationships discussing issues including the US’s strategic ambiguity or clarity on Taiwan and helping the island better defend itself against a possible PRC invasion, as well as Russia’s invasion of Ukraine, which has increased attention of the United States around the democracy of Taiwan and the essential role in the global supply chains of semiconductors. Some notable posts include: What is China learning from Russia’s war in Ukraine?, How to survive the next Taiwan Strait crisis, The growing danger of US ambiguity on Taiwan, US support for Taiwan must be unequivocal.

“The Economist wrote in 2021 that Taiwan is ‘the most dangerous place in the world,’” said Associate Professor of Political Science Dean Chen. “Indeed, given the escalating confrontations between the United States and China following House Speaker Nancy Pelosi’s visit to Taipei in August this year, peace and stability across the Taiwan Strait are becoming increasingly difficult. sensitive and could have great ramifications for the global and national interests of the United States, and certainly for the students and everyone in our Ramapo College community.”