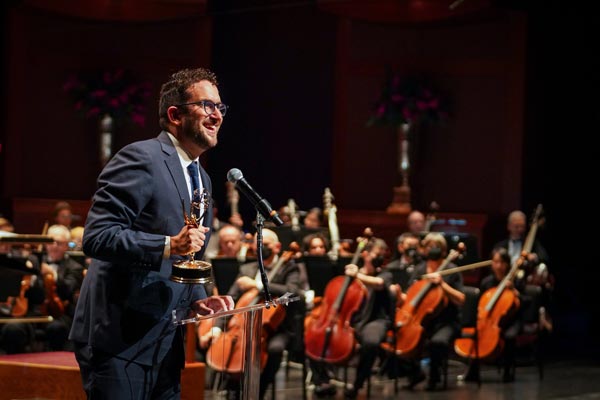 “EMERGE: An NJSO Concert Film” was produced in association with DreamPlay Films and received an award for Arts: Long Form Content (Single Program):

In addition, Yuri Alves, the DreamPlay Films producer of “EMERGE: An NJSO Concert Film” received an award for his editing work on that film and for another film he produced called “Grind.”

The New Jersey Symphony will redefine what it means to be a nationally relevant and leading orchestra in the 21st century. Through adventurous performances, hands-on educational experiences, and strong community programming, we encourage everyone to enjoy the power and creativity of orchestral music in all its forms. Across all genres and venues, for audiences from all walks of life, we strive to bring music that is meaningful to you, to you.

As we celebrate our centennial, we are renewing our deep-seated commitment to diversity, equity, and inclusion by championing new, often local, artists; engaging audiences to whom the inspiring depth and breadth of classical music will be new; and incorporating the broadest possible representation in all aspects of our organization, all to better reflect and serve our vibrant communities.

Our extensive educational offerings, including our youth orchestra, master classes, and virtual learning opportunities, will build the next generation of listeners and musicians and help students grow, both musically and personally. And we will continue to find new ways to connect with all New Jerseyans, through programs that resonate with a variety of cultural and musical backgrounds, as well as digital innovations that make our orchestra accessible to anyone, anywhere, and on. any moment.

Were its New Jersey Symphony, and we’ll be here for you.

The safety of our patrons, musicians, and staff is of the utmost importance to the New Jersey Symphony. please visit njsymphony.org for constantly updated details focused on the well-being of those attending our presentations.