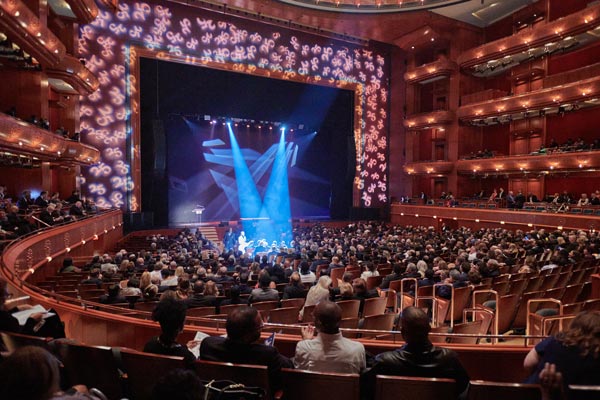 The stars of tomorrow also took center stage, as headliners were joined in concert by students and alumni of NJPAC’s Arts Education programs. Several of the notable alumni subsequently studied at Berklee College of Music in Boston. Lili M. on piano, Ricky Persaud Jr. on guitar, Liany Mateo on bass, Jalin Shiver on saxophone, Alan Hsiao on trombone, Henry Spencer on drums and vocalist Lucy Yeghiazaryan played alongside the stars and became the center attention for themselves to deliver a jazz-infused version of “My Funny Valentine”. More young musicians were highlighted when the STAX Music Academy Rhythm Section and the Memphis, Tennessee Alumni Band performed during the cocktail hour and Gala after-party. 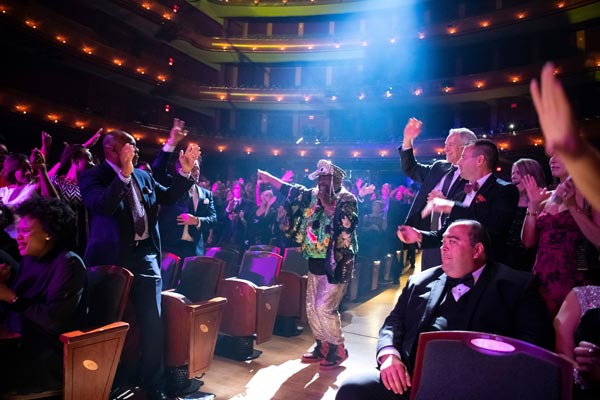 The “godfather of funk” George Clinton danced in the audience at the end of the [email protected] Spotlight gala concert.

“Twenty-five years, 11 million visitors and two million students into this unlikely venture, we’re excited about what’s next,” NJPAC President and CEO John Schreiber said near the conclusion of the performance.

The event also honored humanitarian Ray Chambers, Chairman of the founding NJPAC Board, and his family, for their decades of support of the Arts Center. The Chambers family received the Center for the Arts Founders Award and was praised by dignitaries including former Governor Tom Kean and Prudential Financial Chairman and CEO Charles Lowrey. A video highlighting the family’s humanitarian work was featured, narrated by US Senator Cory Booker.

“Ray and his family are those rare individuals who see the future for what it is. could be, and work like heck to make this happen,” Kean said.

Other tributes were offered in person by those who benefited from scholarship programs the Chambers family supported, or who were personally mentored by Ray Chambers, including incoming KIPP Foundation CEO Shavar Jeffries, Prudential Foundation President , Shané Harris, and Managing Partner of Newark Venture Partners, Vaughn Crowe.

“With Ray, the impossible becomes possible, and the bold becomes inevitable,” said Harris.

The evening also offered a glimpse into the Arts Center’s plans for the future, which include building the Cooperman Family Arts Education and Community Center across the street from the NJPAC theaters; the redevelopment of the NJPAC campus into a neighborhood of apartments, shops, restaurants, and cultural venues; the redesign of Chambers Plaza in NJPAC’s front yard, to create more public park space and allow for year-round outdoor public events; establishing partnerships with community organizations in all five Newark boroughs; the launch of a new initiative focused on arts and wellness programs that promote community health; and the establishment of the Lionsgate Newark film and television production studio in the city’s South Ward.

“As New Jersey’s anchor cultural institution, everything we do at NJPAC is in service to our community. We are here to help make our city and state a better, healthier and more culturally rich place, however we can,” Schreiber said.

[email protected] is celebrating 25 years and more than $55 million raised to support NJPAC and programs that enrich the lives of our current and future generations of cultural citizens. When [email protected] was established in 1994, its organizers could be counted on two hands. Since that time, the organization has grown, to about 2,000 members today, to help NJPAC achieve its dreams. Many of the state’s most influential and powerful women lend their time, talent and treasure to the organization to support the arts education of our youth, champion Newark’s remarkable evolution, and advance NJPAC as a home for world-class art.

New Jersey Performing Arts Center (NJPAC), located at One Center Street in downtown Newark, New Jersey, is among the largest performing arts centers in the United States. It is the artistic, cultural, educational and civic center of New Jersey, where great performances and events enhance and transform lives every day. As New Jersey’s Town Square, NJPAC brings together diverse communities, provides access to all, and showcases the best artists from across the state and the world, while serving as a leading catalyst in revitalizing its hometown. Through its extensive Arts Education programs, NJPAC is shaping the next generation of artists and arts enthusiasts. NJPAC has attracted 11 million visitors (including nearly two million children) since it opened its doors in 1997 and fosters meaningful and lasting relationships with each of its members.

TOP PHOTO: The [email protected] Spotlight gala on October 1 celebrated the Arts Center’s 25 years of world-class performances, arts education initiatives and community engagement with a party for 800 and a concert featuring New Jersey’s most beloved stars. Photos courtesy of NJPAC