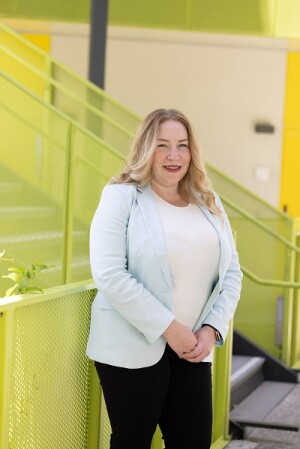 Atilano will be responsible for the strategic direction and oversight of BRIDGE’s real estate development activities in all regions and will provide day-to-day leadership in Southern California.

During its more than 25-year career, Atilano has developed more than 3,130 apartments in 17 cities in three states, as well as 1 million square feet of commercial retail. Prior to BRIDGE, she was Executive Director of Skid Row Housing Trust, a respected developer, manager and operator of permanent supportive housing in the Los Angeles area.

Atilano began his career at Lincoln Property Co., where he gained a foundation in leadership and portfolio supervision, and then joined a construction company specializing in new multi-family construction and rehabilitation projects. During his career, he has worked at several development firms, including Cabrillo Economic Development Corp., Watt Residential, and AMCAL.

McGraw is responsible for identifying and managing new developer relationships, primarily on the East Coast. Based in Charlotte, North Carolina, she brings more than 17 years of LIHTC experience with various roles throughout that tenure, including syndication, underwriting and origination. McGraw has originated, structured and closed approximately $2 billion of LIHTC investments involving more than 175 properties and has an established track record of building territories and growing investments in tax credits.

Prior to joining Berkadia, McGraw was PNC Bank’s East Coast LIHTC Origination Regional Manager. Prior to that experience, McGraw learned the LIHTC business while working at Wachovia/Wells Fargo Bank and was a regional equity manager for the Mid-Atlantic region.

In September, Berkadia and Freddie Mac announced the creation of a LIHTC syndicate fund, which helps the agency’s effort to invest up to $850 million in capital annually to create and preserve affordable housing across the country. Berkadia is the first new syndicate appointed by Freddie Mac since the company restarted its equity investments in LIHTC in 2018. The establishment of the new fund will be a key part of Berkadia’s LIHTC capital growth in 2022 and beyond.

Jim Peffley has been named CEO of NeighborWorks Capital, where he will oversee capital raising, risk management, communications and relationship management.

He is also responsible for implementing the organization’s strategic plan, which includes the goal of doubling credit impact to $700 million, doubling capital to $250 million, and launching a consulting business by 2023.

Peffley joins NeighborWorks Capital with more than 30 years of experience in community development, affordable housing, and impact investing. He most recently served as chief strategy officer for Cinnaire, a regional community development financial institution and LIHTC union in the Midwest and Mid-Atlantic.

Doug Dollenberg has been successful marilyn duke as CEO of Brightview Senior Living, which owns and operates 46 senior living communities along the East Coast.

Dollenberg joined Brightview as president five years ago. Duker, who has been with the company for 40 years, will continue to serve the organization as co-chairman.

Duker joined The Shelter Group, Brightview’s former name, in 1982 as a developer. She became president of Shelter Development and Shelter Properties in 1995 and of Brightview Senior Living in 2008.

“Reflecting on my 40 years at Brightview and its predecessor company, The Shelter Group, I feel incredibly fortunate,” Duker continued. “I had the opportunity to work with so many truly amazing people and had the privilege of working for a mission that I deeply believe in.”

Prior to joining Brightview, Dollenberg was part of the executive leadership team at Tessco in Hunt Valley, Maryland. He began his career as an engineer at Whitman, Requardt and Associates before joining the strategic consulting firm McKinsey & Co., where he worked in many different industries and functional areas.

steven giovangelo has joined Aliant Capital, a Walker & Dunlop company, as head of the originations team. He is responsible for the acquisition of LIHTC properties in Connecticut, Maine, Massachusetts, New Hampshire, New York, Rhode Island and Vermont.

Giovangelo has over 10 years of real estate experience, with five years concentrating on affordable housing. Before joining Alliant, he worked at TAG Associates, focusing on management consulting for public housing agencies. Most recently, she held a similar position at PNC Bank, covering the Gulf Coast region.

Merchants Capital has opened its sixth regional office in Boston. The expansion doubles down on the company’s commitment to growth, particularly in the affordable housing and tax credit space, according to company leaders. Traders closed $7 billion in debt financing and raised more than $248 million in tax credit equity in 2021.

Located in the Prudential Center in Boston’s Back Bay neighborhood, the new office will expand to 20 full-time employees, with a primary focus on the firm’s tax credit equity syndication division.

“Since our equity platform launched in late 2020, we have made key investments in talent in the Boston market and established our platform as an emerging national leader in tax credit syndications with more than $335 million in equity raised in 18 months,” he said. julie sharp, executive vice-president. “The success we have enjoyed in our equity division is a complement to our strong nationally rated debt platform and has positioned us as a leading provider of full-service financing for affordable housing.”

Taylor Russ has been promoted to Senior Vice President and Managing Director of the National Senior Housing Group at BOK Financial.

Russ has been with BOK Financial since graduating from the company’s Accelerated Career Track program in 2007. He began working in the commercial real estate division in 2008.

In 2012, the company established the National Senior Housing Group, which provides construction and bridge/acquisition financing for private pay independent living, assisted living and memory care communities across the United States. Since its first full year of operation in 2012, the senior housing group has helped finance more than 17,000 units and generated more than $3 billion in new loan production.