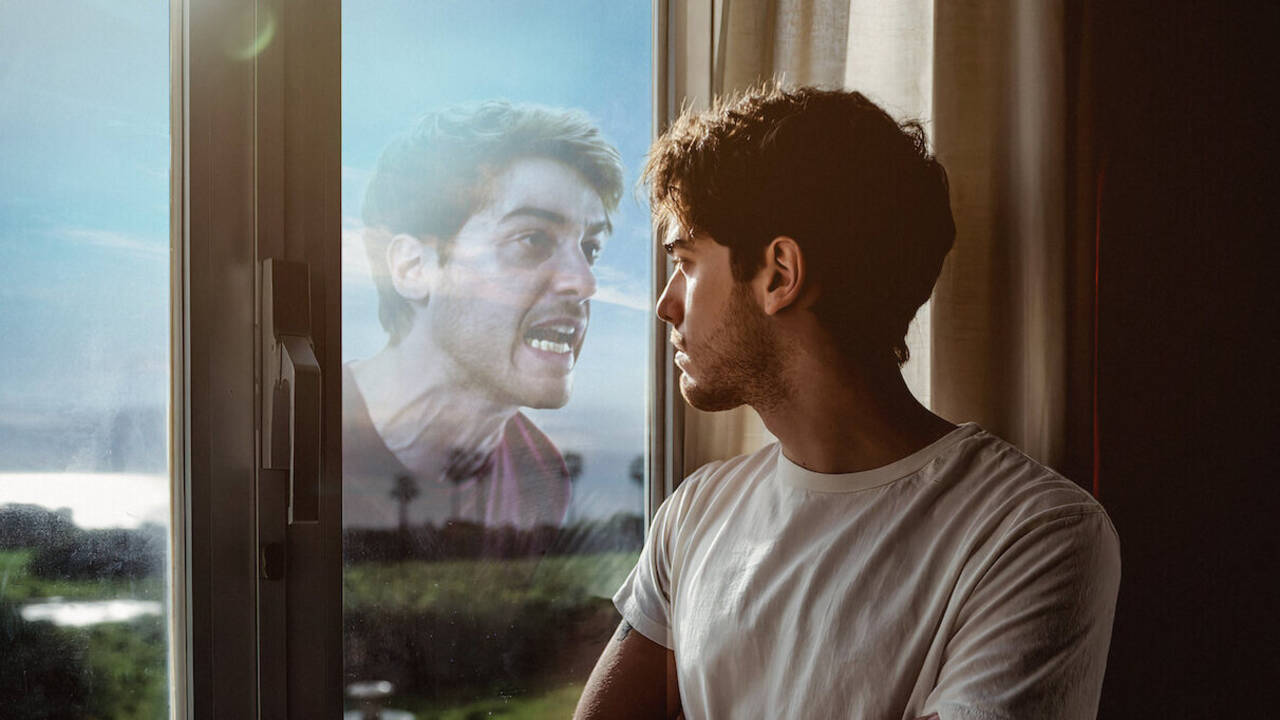 The series based on Tutto Chiede Salvezza by Daniele Mencarelli follows the events that lead Daniele to receive compulsory treatment in a psychiatric hospital. He has no idea what brought him to this place that is full of people suffering from various mental illnesses. The first episode of the series begins with some scenes of a party. Daniele, the main character is too drunk. After leaving the club, he hits his car against a pole and enters his house. When he got to his bed, he passed out and doesn’t remember anything after that. The next day, he is in a Psychiatrist’s Diagnosis and Treatment Room. Nobody is willing to tell him why he was there and he is reluctant to stay there.

Daniele shared the room with Gianluca (a Queer full of life), Mario (who was a primary school teacher), Madonnina (who always prays to the Virgin Mary), Alessandro and later Giorgio also joins them. He doesn’t like the place and is soon called by Dr. Mancino, who asks him what he remembers. Then the doctor tells Daniele that he will be in mandatory treatment for a week.

The concept of the Black and White part has been told, which is a good way to show what a person suffering from bipolar illness feels like. The white part is the good part of that person where she feels calm, and her emotions are under control. The black part is the state, which they value the most, and it is the phase in which they feel like committing suicide.

The suspense is built in the first episode about what events brought Daniele to this place. When asked about the night before, Daniele’s memories return to looking at the fan. Various sounds triggered his memories, and he was able to remember what happened on ‘that night’. The doctor also says that she rarely saw someone in such a condition. He could be suffering from depression, and this was a psychotic episode. He also has reduced serotonin levels and was therefore kept for a week in the psychiatric ward.

Everyone suffers in that hospital and Daniele feels sorry for them. He thinks about what they have in common and what he will say to the others when he leaves. There are a lot of thoughts going on all over this week. One night, he sees a girl in the hospital, she’s crying, and it’s almost love at first sight for both of them. She doesn’t want to be here and she also denies having met Daniele at any point in her life.

There is one thing I didn’t understand. What psychiatric hospital allows cigarettes? Pino, the male caretaker, badmouths immigrants as blacks, and it seems like the whole point of the series came down to this moment. The creators are making a show that talks about salvation, but at the same time they show a character who talks badly about people of color.

Everything Calls for Salvations covers a full week while he was in that location, and the episodes have also been called that. She returned to her conscious state on Sunday, which is why the episodes are named Sunday, Monday, Tuesday, Wednesday, Thursday, Friday, and Saturday. There are a total of seven episodes with a duration of 40 to 45 minutes each.

The name of the series has stayed that way because we see people realizing their mistakes and getting the same treatment. It is a whole journey that has been shown, from ignorance to acceptance of the acts committed. In the last episode, we also see Daniele reciting a poem that shares the same title as the series. The time that Daniele spent in the Psychiatrist’s Diagnostic and Treatment Room made him realize many things.

In my opinion, Everything Calls for Salvation is a good watch. You can’t expect any mystery or much suspense in this one. The entire series is about realizing what life is for and atoning for sins committed in the past. Seeing patients bond, share things, and even stay in touch after they’ve left is heartwarming. All the actors have done a great job of playing their roles. There is no series or movie without romance and the same goes for Everything Calls for Salvation. Nina and Daniele initially never thought of being together, but by the end of the series, their chemistry shows and they both look adorable.