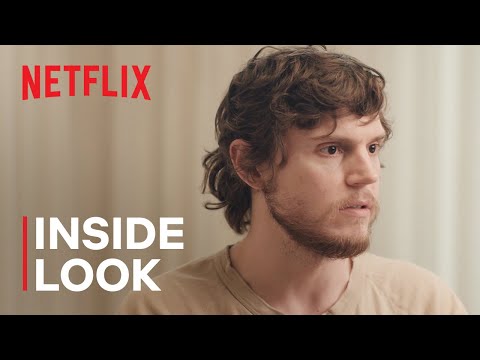 Assassins are all the rage, and that’s quite a peculiar phrase to put in writing. The growing wave of true crimes has been notable for years. However, when people were drawn to the recent Netflix series DAHMER – Monster: The Jeffrey Dahmer Story Due to reports that people were physically sickened by the horrific depictions of murder that unfolded for real only a few decades ago, the question arose: should we really be making entertainment about murderers?

As DAHMER – Monster aired for the first time, several people connected to the tragedies have condemned the show. Rita Isbell, whose brother, Errol Lindsey, was killed by Dahmer in 1991, came forward and said, “I was never contacted about the show. I feel like Netflix should have asked if we cared or how we felt about doing it. They didn’t ask me anything. They just did it.” The damning assumption of this was that the streaming giant “was simply making money off of this tragedy. That is just greed,” she concluded.

Eric Perry, another relative of a victim, denounced that the series was simply “retraumatizing again and again, and for what?” The show’s rebuke is that they’re helping to illuminate how prejudice perpetuated the problem and systemic social bias allowed Dahmer to get away with it for so long. His argument is that the show is informative on this front and helps hold law enforcement accountable.

However, do we really need a TV series to do this? Has that point really been accepted by the millions of people who have watched the show? Is it really worth publicly extolling the retraumatizing impact on those connected when judicial prejudices are already being raised by authorities and institutions outside entertainment? Also, does the dangerous potential for misguided fetishization supersede the show’s apparent ‘enlightening’ angle? All of these questions and more are essential to ask. And frankly, the answer to all of them is damning. When push comes to shove, I think you’ll have a hard time honestly arguing any response other than that of millions of people who have found it ‘entertaining’.

So the question boils down to this: is the entertainment enough to justify it? The answer is perhaps more multifaceted than we think. You see, our obsession with serial killers is natural. They are responsible for less than 1% of murders in the US each year, and Scott Bonn, a sociologist at Drew University, estimates that there are fewer than two dozen active at any given time. Yet our fascination with this creepy little asterisk of society endures, often overshadowing much larger issues, which he attributes to a “kind of cultural hysteria.” That hysteria has reached a fever pitch.

There are masses, in fact the majority of people, who would happily accept that DAHMER and other similar series are harmful but continue to participate in them. This is observed without judgment, it is not that the majority of the world’s population has a reprehensible perversion. These shows are a way for many of us to relax and escape the daily grind of modern society. Furthermore, the cases are well documented and important pieces of public knowledge, delving into them over a cup of coffee after the work barely recapitulates the crimes.

However, this misses the often overlooked gritty issue of empathy. It is not cruelly discarded; it’s just that the crimes are often so heinous and detached from our own lives that they almost feel like an alternate reality. However, imagine, if you will, having gone through the unimaginable trauma of losing a loved one, having to endure the horrors of a trial and all the media coverage that followed, just to try to move on with your life and reconcile with society. , and then, years later, they have to go through the retraumatizing experience of being reminded of the catastrophe. Imagine watching your loved one in a fictional portrayal of events as Netflix makes millions and Dahmer’s fame grows.

Can you name one of the victim’s family members? Can you name one of the many who have tirelessly campaigned for justice in true crime cases? Could you identify a photo of Ian Brady before you identified Marie McCourt, the activist who competed to enact ‘Helen’s Law’ preventing parole for murderers and pedophiles who keep information about their victims following the murder of her daughter? These are the disturbing realities to which we often turn a blind eye because they do not directly affect us and we can happily state that true crime is informative and reprehensible. The fact is, a fully disclosed report is much more informative, but it’s not nearly as entertaining as watching the wonderful Evan Peters do a great job of recreating unspeakable horrors.

This is not necessarily always the case with real crime (whether fictional or documentary). The families of the victims are often contacted and work closely with the producers to tell their side of the story. Their stories are told approvingly and the angle is geared towards raising awareness. Psychologists and law enforcement experts can show how our society is complicit in crime and examine how such incidents occur. This is true of countless true crime shows and they may well elucidate social issues.

In addition, some programs have even brought important new evidence to light. The questioning in this sense is of vital importance. For example, psychological experts say that authorities are beset by the problem of confirmation bias and that between 1% and 5% of American prisoners have been wrongly convicted. Even the lowest estimate would suggest that 20,000 prisoners are innocent. If true crime can exonerate even one of them, then surely that’s a victory. Even true crime series about correctly convicted serial killers like DAHMER could have a positive impact on would-be investigators moving forward, so that surely offsets some of the problems.

However, the question remains whether even these judicious shows that consult families and shed new evidence should be given this much airtime. That may sound counterintuitive given that they can have a positive impact, but many experts think that our obsession with crime goes too far and has a damaging impact. As criminal psychologist Emma Kenny has often said, “Life is better lived with good people doing good things, exposing you to the best things in the world that you can expose yourself to…we must never be insensitive to horror.” What does that say when so many of us are curling up with non-fiction tales of killers?

It has been shown that the consumption of real crimes makes us more afraid of facing such incidents despite the real crime rates around us. In other words, you could be living in the most civil utopia in the world, but if you are continuously consuming true crime you will perceive a higher level of dangerousness. This is partly why we enjoy them in the first place. The enjoyment of mysteries (even solved ones) is evolutionarily hardwired into our DNA because solving them is so helpful to our survival. However, overexposure increases anxiety, depression, and other mental stress. So even if you rule out the ethical issues, the genuine entertainment value is also questionable in the long run.

We cannot escape our own interests. True crime will not go away. Maybe it shouldn’t. After all, it can be a very enlightening form of commitment. However, we must take care that it is created ethically and with a point of relevance in mind that goes beyond simply telling an interesting story by macabre kicks. Finally, we must ensure that we do not overindulge in the benefit of our shared civic conscience as a whole.